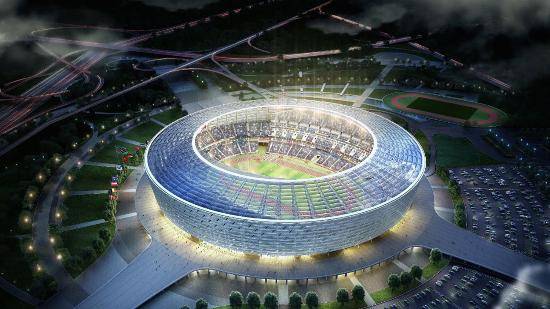 The modern appearance of the stadium speaks for itself: here you will find much more than just a sport arena.

Excursions at the Baku Olympic Stadium are a unique opportunity to visit one of the most significant buildings in Europe and see what can not be observed at a glance when attempting a match or other event. The tour will reveal the most interesting parts of the stadium and allow you to feel like a professional football player.

Along with the commercial area a wide range of business services is provided such as a modern conference center, premium lounges and an opportunity to use a skybox for business negotiations. Stadium offers not only non-sporting and entertainment events which are organised on a highest level, but also an individual approach to every customer and much more.

During the Executive Committee meeting of 20 September 2017, UEFA decided that the Baku Olympic Stadium will be the host stadium for the 2019 UEFA Europa League final.

The Stadium Consultancy assisted the Association of Football Federations of Azerbaijan (AFFA) in the bid process. It was prepared the stadium sector of the bid book, which included the preparation of all overlay maps and drawings. For this purpose The Stadium Consultancy also developed all specific modifications to the stadium required to host this major football event.

The UEFA Europe League final, which was won last year by England giants Manchester United, will be held for the first time in the history of the tournament on 29 May 2019 in the Azerbaijani capital. The 68,700 seater stadium was built for the 2015 European Games and has already been selected to host three group stage matches and one quarter final for the UEFA EURO 2020 tournament, for which The Stadium Consultancy also prepared the stadium bid documents.

You are very welcome to visit the Baku Olympic Stadium and personally appreciate the magnificence and grandeur of the main arena of the country!